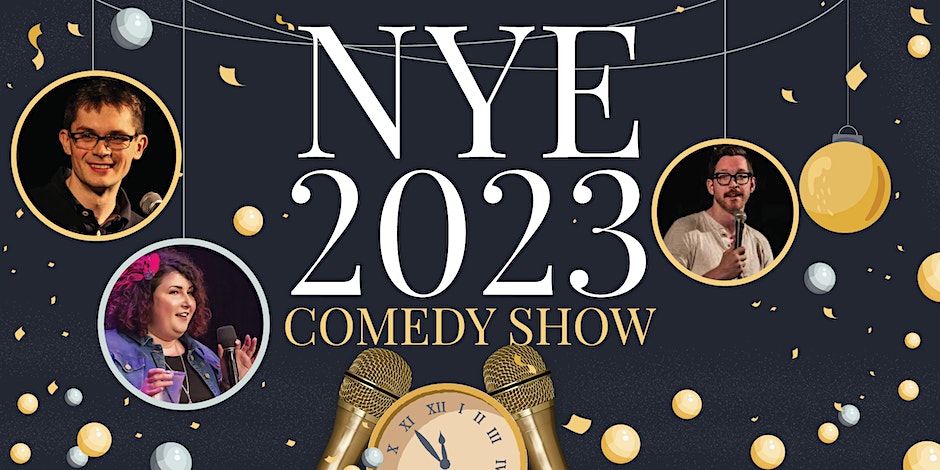 Celebrate New Year’s Eve with two comedy shows featuring headliner Dan Boulger, who counts frequent appearances on Comedy Central, The BBC, and the HBO Aspen Comedy Festival. He has done shows on the Comedy Central live and College Humor Live tours. The Late Late Show with Craig Ferguson. He won the Boston Comedy Festival as well.Also Featuring Emily Ruskowski is a Boston-based stand up comedian. She has performed across the country and participated in several comedy festivals. In 2015, she was named of one the Comedy Studio’s Comics in Residence and opened for Maria Bamford a the WilburHosted by Will Smalley is a purveyor of the silly-arts and a dude-lover extraordinaire. As an established LGBTQ+ voice in the comedy scene, Will is a former finalist in the Boston Comedy Festival and has been featured in the Bridgetown Comedy Festival in Portland, OR. In addition to being a mainstay at the major comedy clubs and colleges across the Northeast, Will serves as the announcer/producer for Old School Game Show at the Wilbur Theater

The Marriott offers discounts for food options pre and post show in their Hull and Mason restaurant as well as discounts to stay overnight if you want to make the experience extra special for you and your group or loved ones or “girls’ weekend or bachelor/bachelorette parties” or “birthday celebration.

Call +1 617-472-1000 for details on Dinner and room packagesLive comedy shows are presented at the Marriott Boston/Quincy presented by JM Productions, and the Boston Comedy Festival.