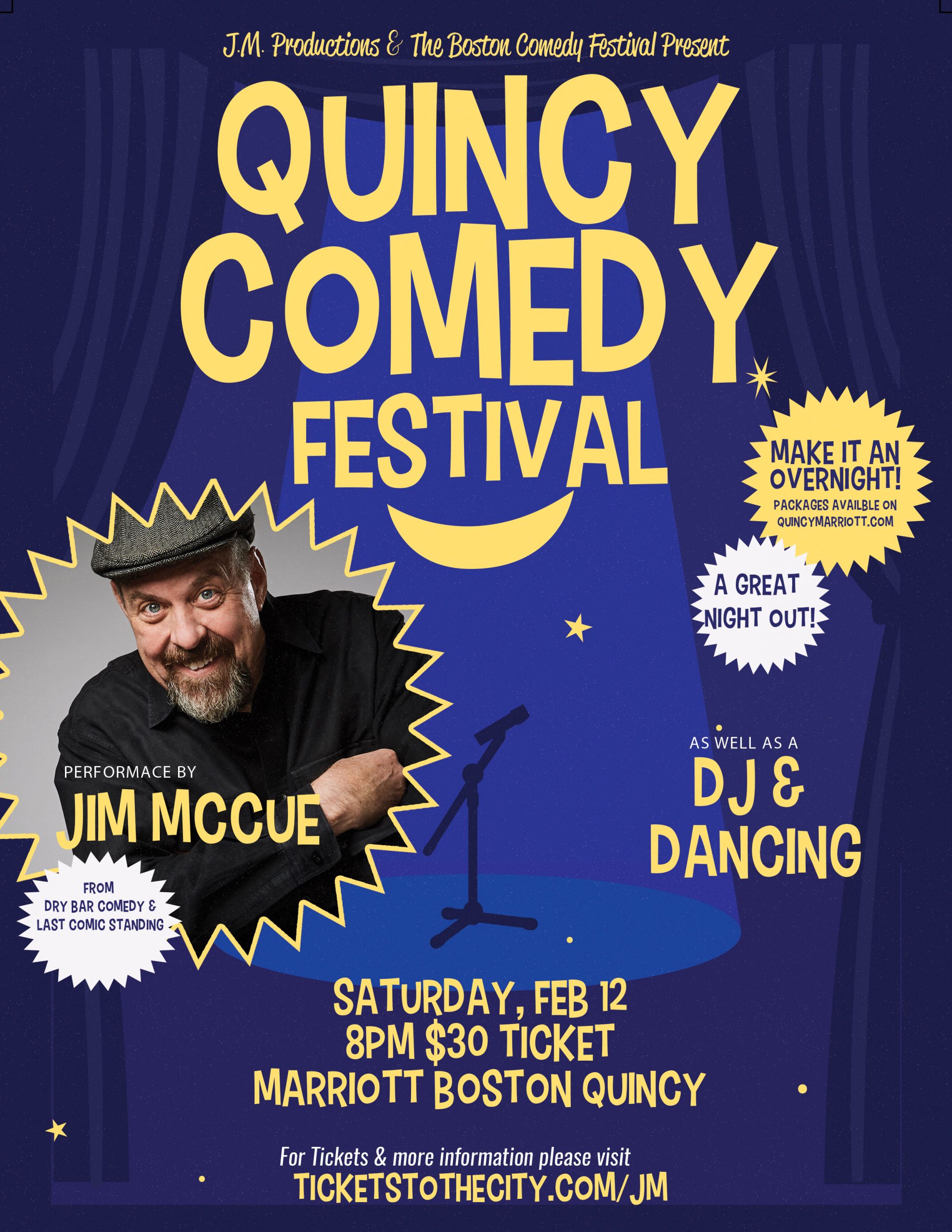 The award-winning Boston Comedy Festival joins forces with JM Productions and The Marriott Boston/Quincy to bring an evening of comedy and music at their first annual Quincy Comedy Festival* on Saturday, February 12th at 8 pm. Tickets may be purchased for $30 per person at https://ticketstothecity.com/jm There will be a small number of seats sold at the door on the night of the event. However, we expect a sell-out so advance ticketing is recommended.

Get a jump on Valentine’s Day. With the perfect evening of music and laughter. Boston Comedian Jim McCue will headline a killer lineup of comedians followed by champagne and music and dancing.

Jim McCue went viral this year with his DryBar special “nothing personal” which has had 3 million views, Jim has been featured on Comedy Central, Comcast Comedy Spotlight, NBC’s “Last Comic Standing,” and Live at Gotham AXS.

After the comedy show there will be dancing and much merriment. The night is perfect for Valentine couples, girls’ night out including bachelorette parties or friends and family gatherings. Dinner in advance of the show in the hotel restaurant is a wonderful addition to your evening. Make a full night of it by staying over at the Marriott with their unique and generous hotel packages!