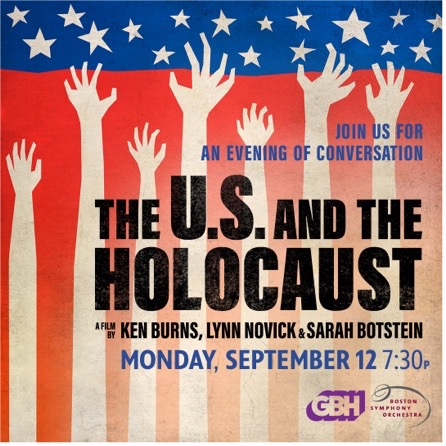 The U.S. and the Holocaust: An Evening with Ken Burns, Lynn Novick and Sarah Botstein

Join GBH and Boston Symphony Orchestra for a conversation with Ken Burns, Lynn Novick and Sarah Botstein on their latest film, The U.S. and the Holocaust. This three-part documentary explores America’s response to one of the greatest atrocities of the 20th century. Inspired and informed by the United States Holocaust Memorial Museum’s exhibit “Americans and the Holocaust,” the film examines the rise of Hitler and Nazism in Germany in the context of global antisemitism and racism, the eugenics movement in the United States and race laws in the American South.

This event will feature clips from the film followed by a behind the scenes conversation with the filmmakers.

Music from the film will be performed live by Kyle Sanna and Johnny Gandelsman.