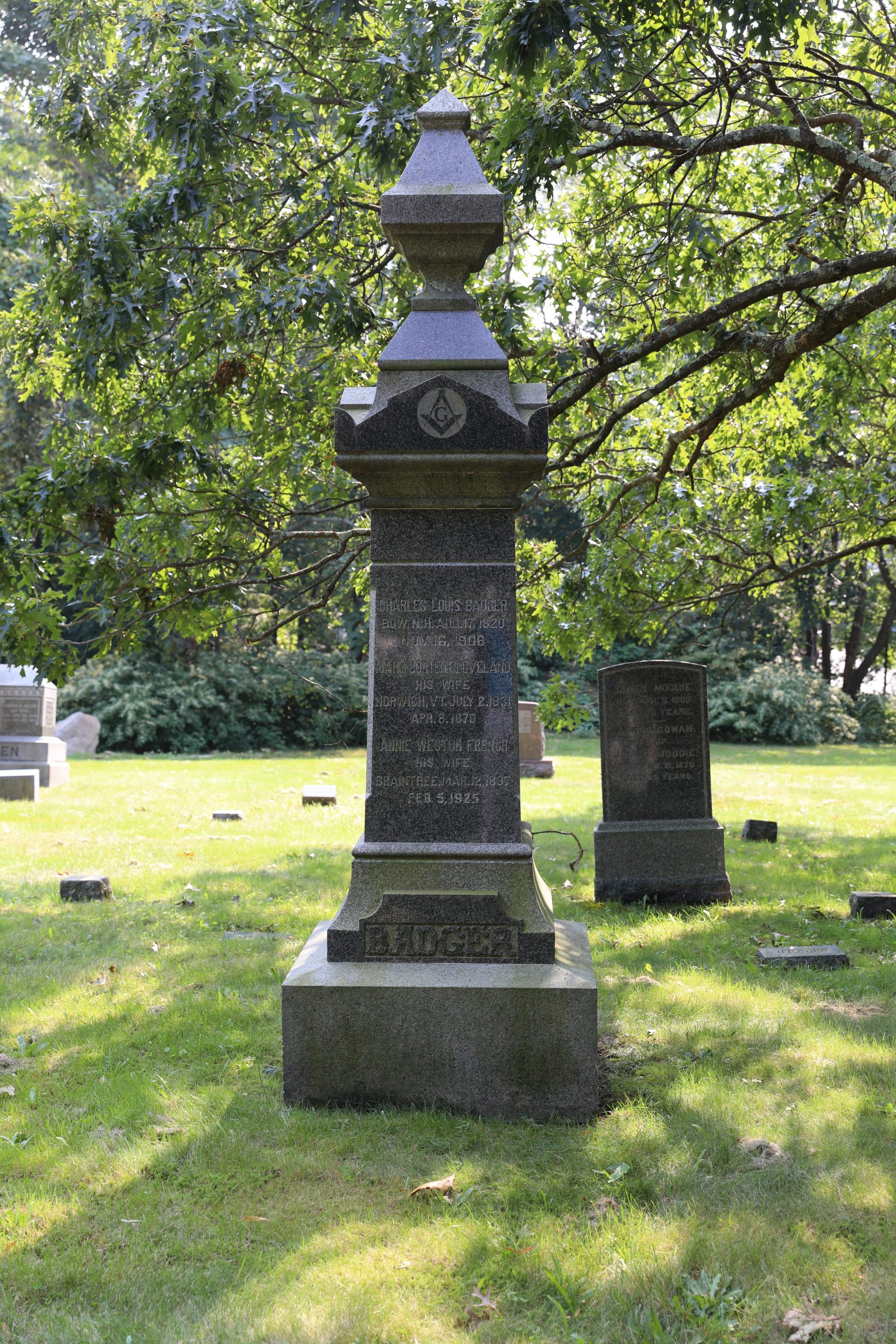 Besides its picturesque beauty, this West Quincy cemetery is singularly significant for its association with Solomon Willard, “the Father of the Granite Industry” and noted architect of the Bunker Hill Monument and Quincy City Hall. The land and funds to create the cemetery were donated by a wealthy Adams Street bachelor, James Hall. Solomon Willard laid out the cemetery and raised in it an enormous thirty ton column, quarried at Wigwam Quarry, which had been rejected for use in the New York Exchange. Before setting the column upright, Willard deposited a complete set of stonecutter’s tools in the top of the shaft.