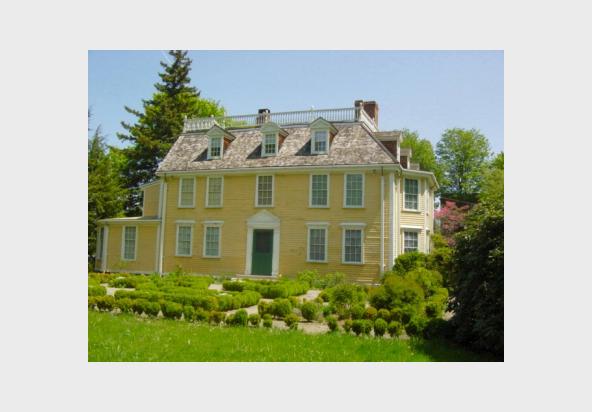 The earliest surviving home of the Quincy family, this house was built in 1686 by Edmund Quincy and greatly expanded and remodeled in 1706 displaying the evolution of colonial architecture. The house welcomed Benjamin Franklin as a guest and had frequent visits from young lawyer John Adams. The childhood home of Dorothy Quincy, who became Mrs. John Hancock; the second President of the Continental Congress, first signer of the Declaration of Independence and the first Governor of Massachusetts. John Hancock was born two blocks away at 8 Adams Street, where the Adams Academy building now stands. The Colonial Dames recently contracted with Blackburn Building Conservation to restore Hancocks chariot and it is available for viewing during tours. Built in England in 1777 and captured by Americans at sea, the chariot was later presented to Hancock, who used it as his vehicle. In the 19th century, the wheels were removed from the chariot, and it was converted into a horse-drawn sleigh. Open for tours limited Saturdays and Private group tour arrangements available by request. Please call 617-742-3190 for reservations.